From his quirky compositions for the spaghetti Westerns of Sergio Leone to his sublime musical contributions to director Roland Joffé's acclaimed 1986 drama The Mission, film composer Ennio Morricone has crafted more than 500 scores over the course of his enduring career in film. Now fans can take a look back at the life and career of one of cinema's most prolific composers through interviews with both the composer himself and many of his longtime collaborators. From his Italian efforts to his work in America, this documentary covers every aspect of Morricone's career as few have, offering insight into his childhood, his longtime association with Leone, and his ultimate disenchantment with the American studio system. 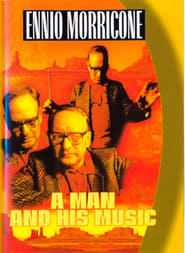