Near future : After the Crisis, the people of Europe have risen. Civil wars create havoc everywhere on the old continent. After six years of fighting, Europe is split into two. The insurgents have taken over the South. The North uses Private Military Companies. Their mission : To spread the Blue Turtle into the south territory. This synthetic drug creates a sudden addiction. The South drowns in chaos and madness. The Private military Companies use that time behind enemy lines to set up nuke trafficking. Their suppliers are lawless mercenaries who roam into this outlawed zone called : Jungleland. 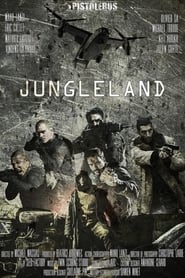